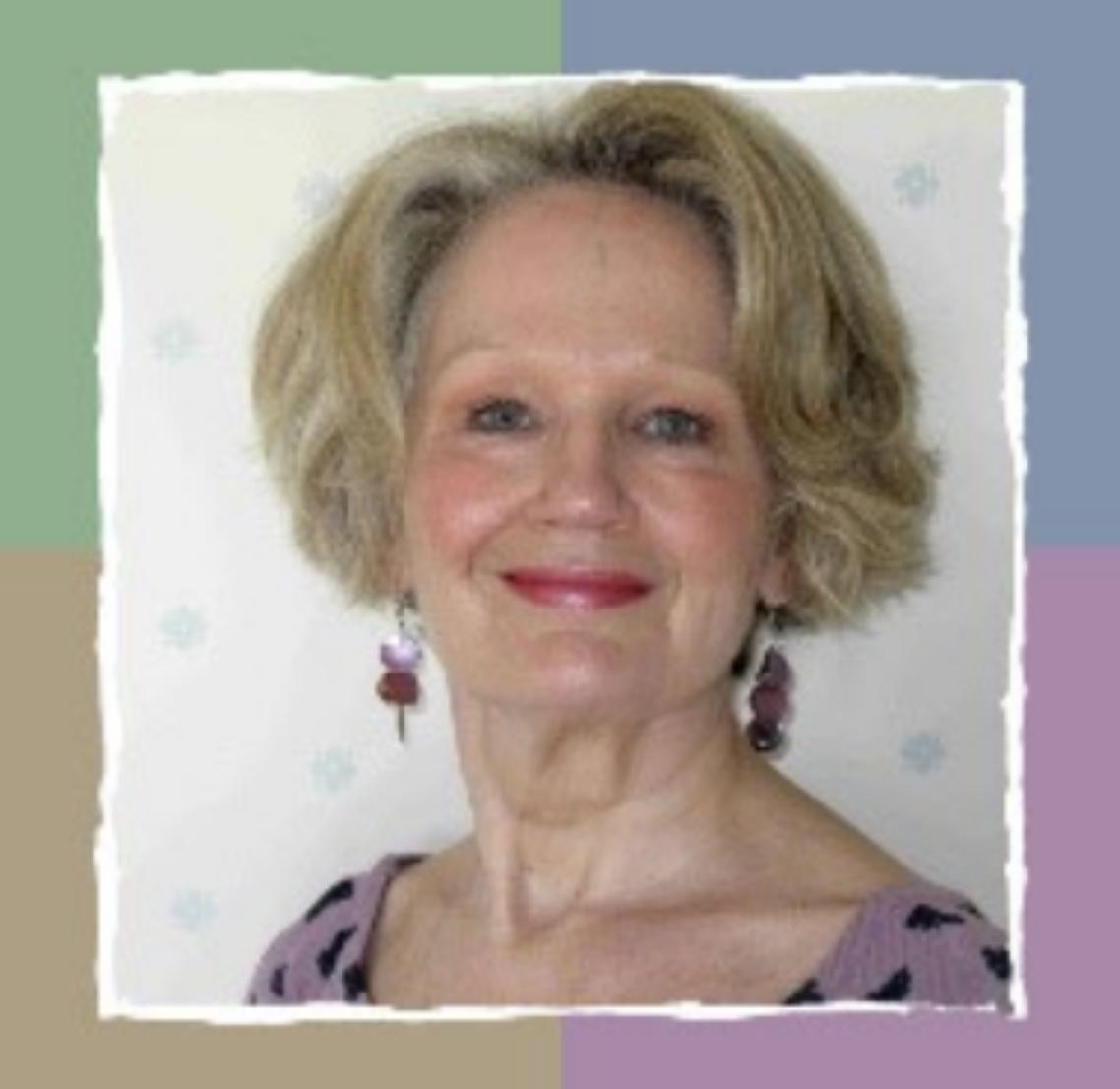 Caroline is a chemist by training who took up painting on retirement.

She now makes fused glass pieces that are both ornamental and functional with a love of colour that is reflected in the pieces she makes.

She enjoys experimentation and principally uses float glass exploring the effects of colour mixing, of mixing frit sizes and of different inclusions. As well as making pieces by fusing powdered glass between two sheets of glass she also makes pieces by building designs onto of a pre-fused base piece using stringers and cut coloured glass, both of which she can make myself. Hand cut metallic and dichroic decals sometimes provide the finishing touches.

She takes inspiration mainly from the natural world, with flowers, trees and fish all featuring in her work. She exhibits regularly locally and has won several awards for her work, including the national magazine 'Leisure Painter' award at Patchings in 2010. She held a successful solo show in Hythe as well as taking part in Bucks Art Weeks each year since 2011 selling her work both in the UK and abroad.

Her work is happy and affordable. 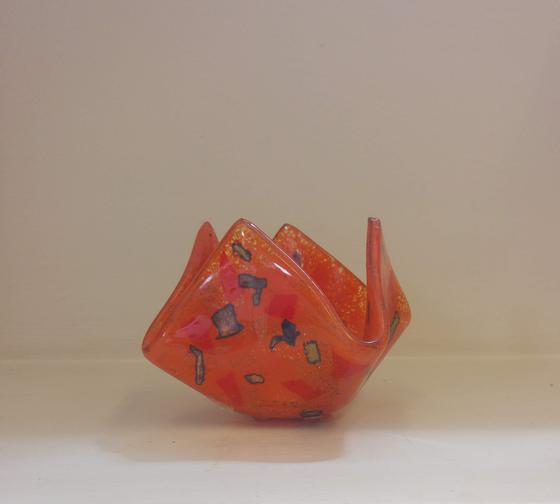 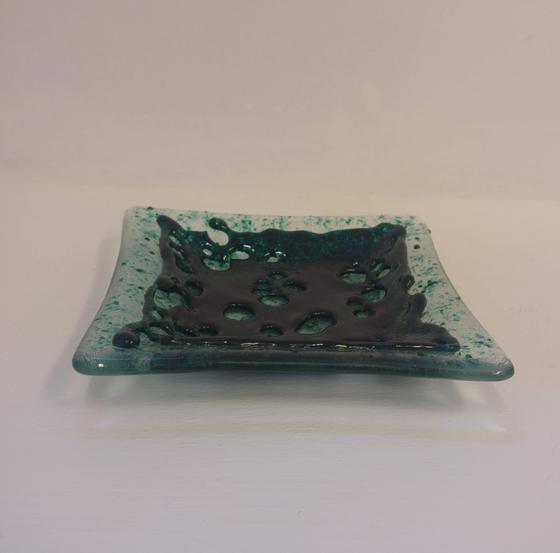 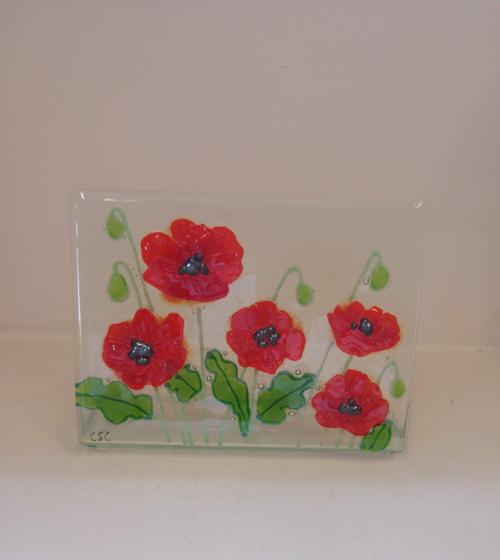 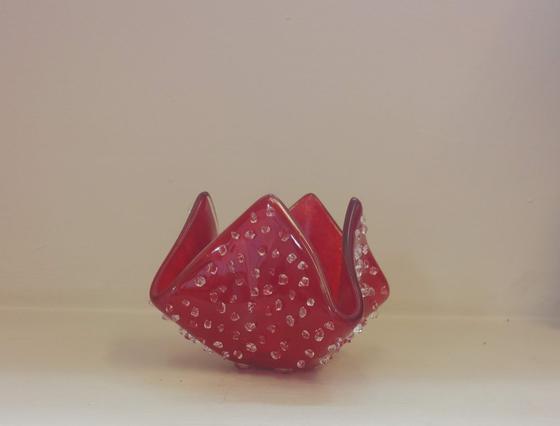 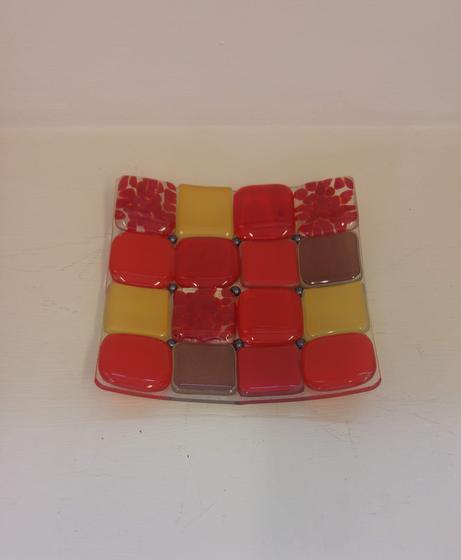 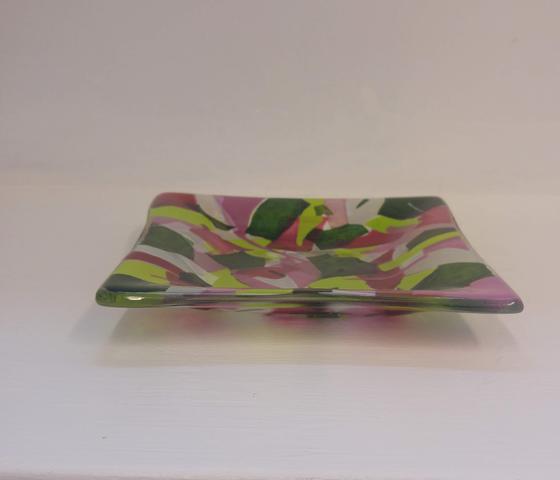 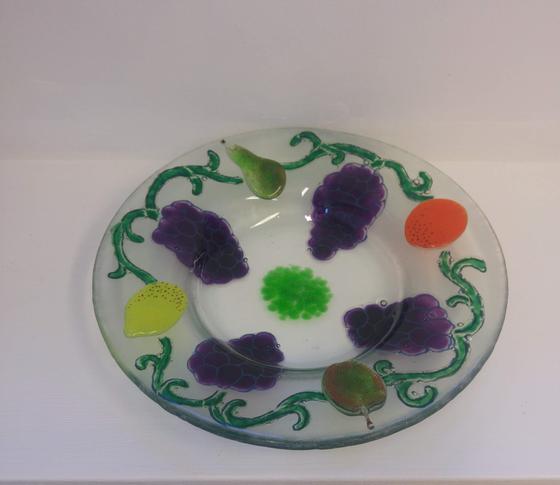 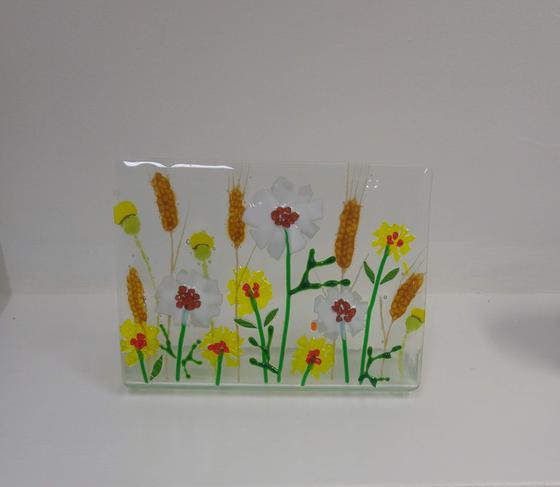 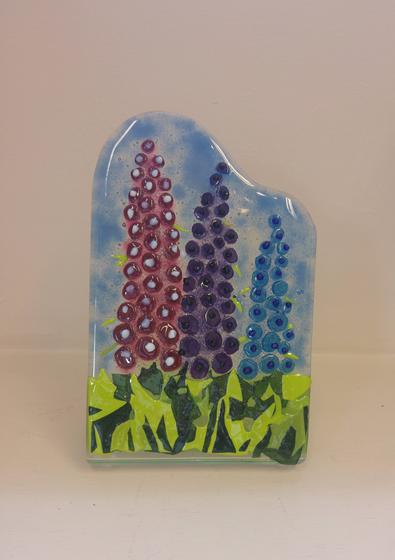 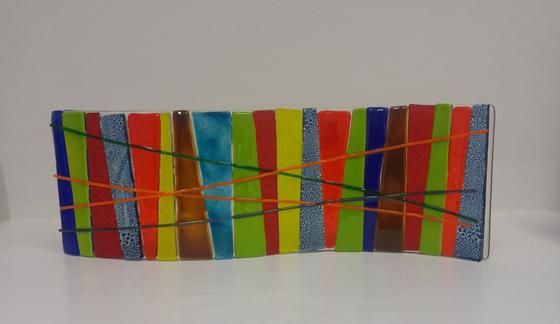 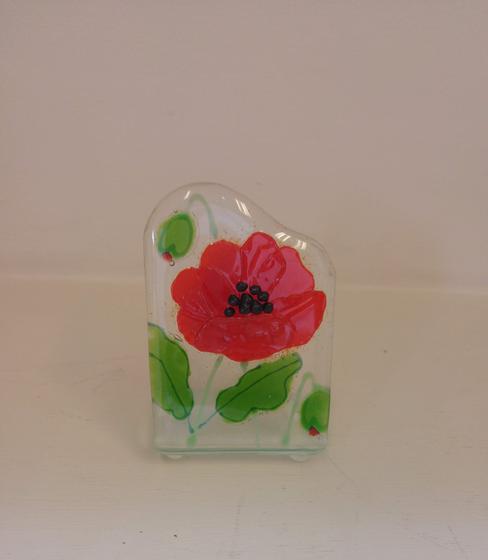 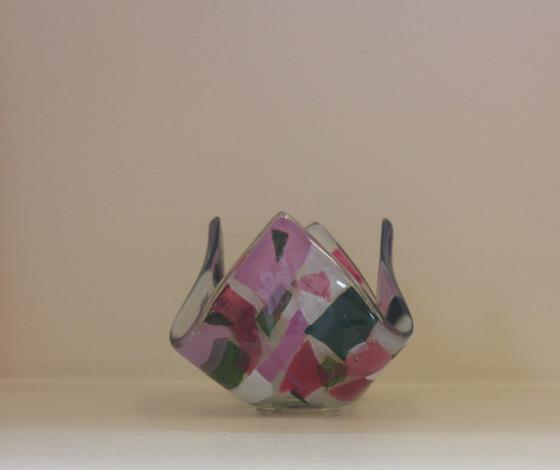 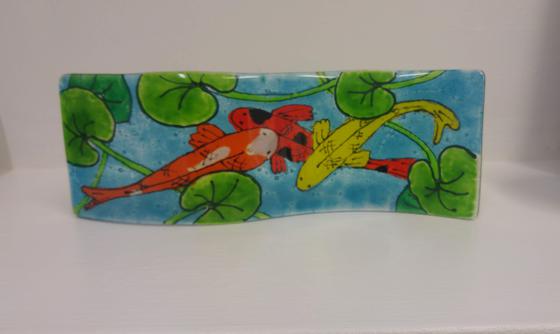 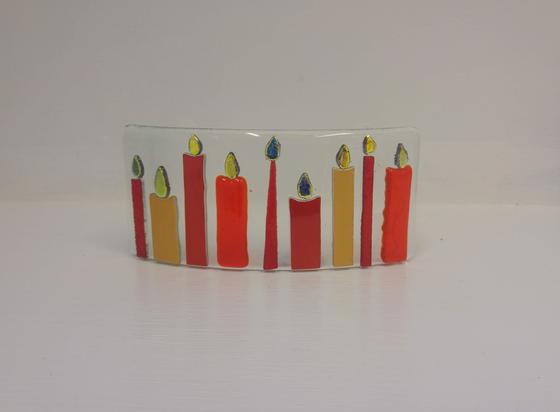