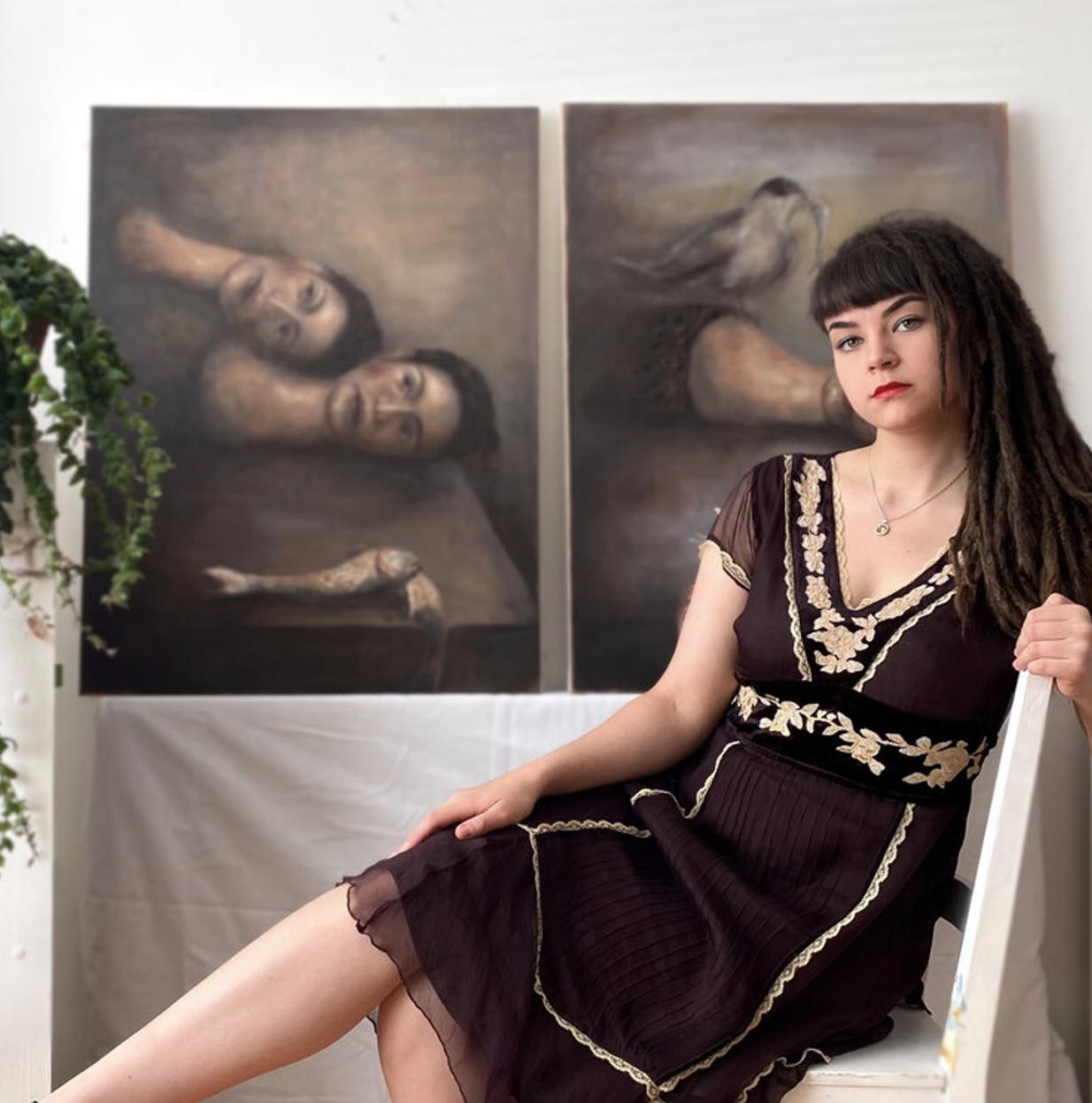 Naomi is a young up-and-coming figurative painter, about to start her last year on the painting course at Brighton University, taking her first steps into the art world.

She primarily works in oil paint on canvas, using traditional painting techniques inspired by the old masters. Many of the compositions and poses in her artwork are inspired by 16th century Italian mannerism and the Dutch northern renaissance, specifically Cranach and Parmigianino. A reoccurring manifestation of this influence is the depiction of young beautiful women with exaggerated features such as elongated necks. Along with the adoration and idealisation of the women depicted comes distortion, poised between refinement and the nonsensical.

The absurdity in her paintings and the use of animals - mostly fish and birds- follow in a symbolist tradition, as well as coming from a fascination with the New Age ideas of Jungian psychology. This approach questions what it is to be an individual and explores theories of human nature, such as Thomas Hobbes’ amoral ‘nature state’ before society.

A continual inspiration on the subject matter of Naomi’s work is her passion for opera and literature; she thinks of the women in her paintings as characters in a drama, inhabiting an absurd landscape and placing them into bizarre and often comical situations, and in contrast to her more recent use of a dark pallet.